The windscreen is an often neglected component of the vehicle. The windscreen is much more important than a mere screen between you and other road users. The safety needs stretch far beyond the obvious requirement of visibility for the driver! In today’s vehicles, windscreens are an important component of the vehicle’s overall structural integrity – they are designed to add strength to the car (like a door pillar). When designed in compliance with the car manufacturer’s original specifications your windscreen will help prevent the roof from collapsing in a rollover accident.

Modern cars fitted with airbags use the windscreen as a support surface against which the passenger airbag inflates. The windscreen helps ensure that the airbag is properly positioned to protect the occupants when it deploys. A badly fitted windscreen may pop out when subjected to the airbag pressure, thus rendering both airbag and windscreen useless.

While windscreen repair is less expensive than replacement, if you wait too long, and the damage has time to spread, windscreen repair will no longer be an option. Remember that just because a windscreen is chipped doesn’t mean that it needs to be totally replaced. Thirty per cent of the time a windscreen can be easily and effectively repaired before the damage worsens. The important thing is that, once a motorist notices a chip or a crack, it must be repaired as soon as possible, to prevent further damage that might impair visibility. 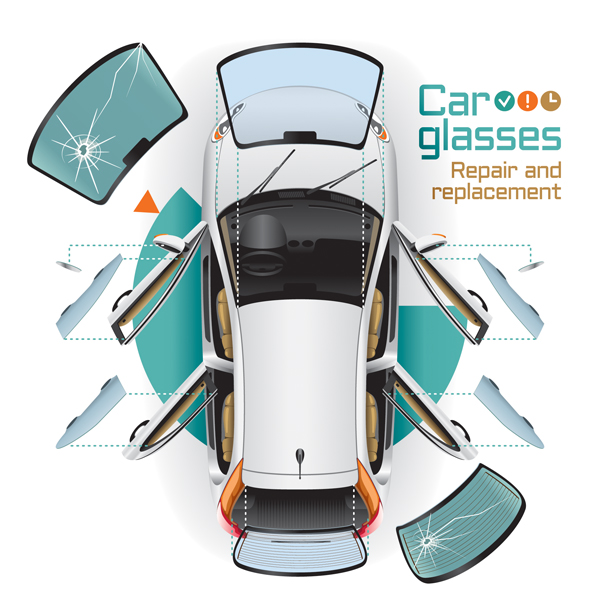 Able to process 98% of insurance claims

No single supplier Lock in

Safety is a very important issue. A faulty windscreen compromises the safety of you and your passengers – its ability to withstand an impact is substantially weakened. A damaged windscreen also inhibits your visibility and can be dangerous to you and other road users.

When light travels along a path without disturbance it is called “useful light”. However, the light path can be disturbed causing the beam to change in some way. The light that has been disturbed is referred to as “stray light”. The intensity of stray light depends on the scattering angle and the intensity of the original beam. This stray light can have a negative impact on driver perception.

Stray light can be generated in soiled or surface damaged windscreens. During the daylight the eye is adapted to stronger light with many different wavelengths; therefore the impact of stray light is not very severe at this time. However in the case of suddenly appearing light sources, such as oncoming headlights at night, the light that hits the windscreen can be deflected into the driver’s eye by means of wide angle light scattering, causing disturbances in vision and perception.

Damage to the windscreen:

Every car will get a chip on its windscreen one or other time. In view of ongoing road works on almost all of South Africa’s major routes, the potential for windscreen chips and cracks is huge.

Sudden impact damage includes cracks and “bullseyes”. Both this damage and degradation damage – through multiple fine scratches and chips resulting from gradual wear – may be distracting to drivers and cause visual problems

Windscreens are continuously bombarded by small particles such as tiny rocks, sand and dirt that wear the surface. Further to this, windscreen wipers can damage the windscreen over time by scratching tiny particles across the surface.

Scratching can occur when:

The Law and Windscreen Safety

[Glass of windscreen, window and partitions]

A Perfect vision is important when travelling. It will not be a valid defence in court to say that you caused an accident because you could not see. If you can’t see – You may not drive!